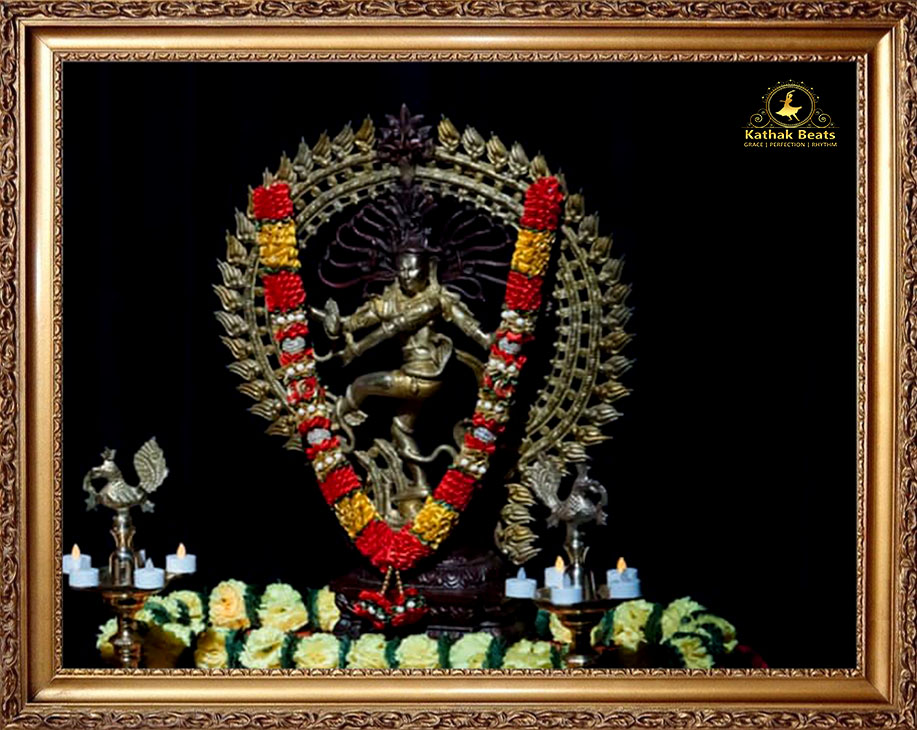 These Kathakars wandered around and communicated legendary stories via music, dance and songs quite like the early Greek theatre. The genre developed during the Bhakti movement which is the trend of theistic devotion which evolved in medieval Hinduism. The Kathakars communicate stories through dance and mime which combine the two main elements of this dance style which utilize rhythmic foot movements, hand gestures, facial expressions and eye work. In traditional solo performances a dancer may represent all of the characters of a story through a rich repertoire of gestures, facial expressions and graceful movements of the limbs.

Kathak performances normally consist of two parts, Nritta and Nritya. Nritta, the first and the technical aspect, is a pure dance form focusing on technique, a tremendous sense of rhythm and joy of movement. The beauty of this part of Kathak lies in the exact rendering of rhythmic patterns provided by musical instruments, through graceful body movements and the mystery of the artist’s footwork.

Nritya, the second element of Kathak performances, emphasizes abhinaya, which is the recounting of a story or song through mime, gestures of the hands and symbolic postures of the body. In the Kathak style, this is not rigid and allows the artist to use a variety of free movements, thus leaving interpretation of a story or poem and rhythmic improvisation greatly to the artist’s powers of imagination and creativity. The dramas performed in Kathak come from several different types of Indian literature, the oldest probably being the great epics Ramayana and Mahabharata. There are also many stories and songs of medieval origin are in praise of Lord Krishna.

There are three specific forms of this genre i.e three gharanas (schools), the Jaipur Gharana, the Benaras Gharana, and the Lucknow Gharana ,which mostly differ in the emphasis given to footwork versus acting.

Today, Kathak has evolved into a concert hall art form imbibing both Hindu and the Muslim influences from its history. Scintillating rhythms, dramatic moves, spectacular turns and subtle expression mark this ancient and yet ever evolving dance form that embodies beauty and soul.